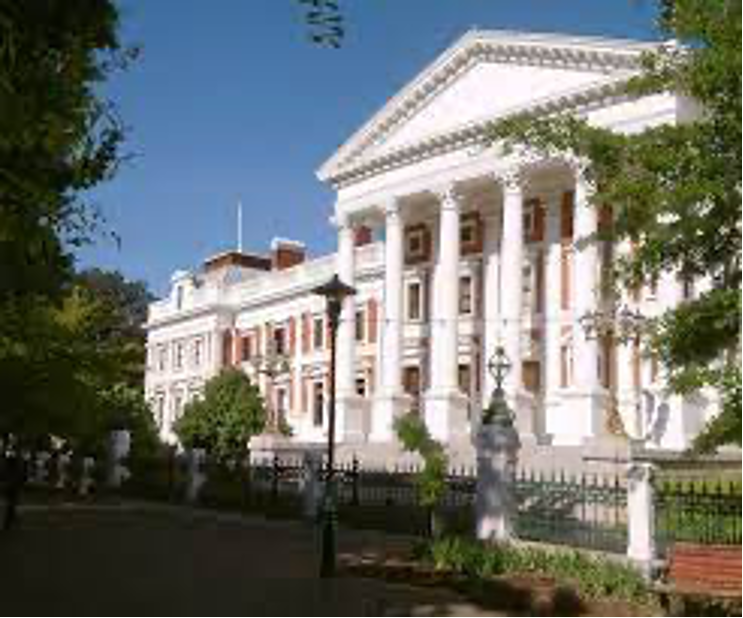 What the webinar highlighted was that there is a willingness to share information and views on the Bill in a public webinar, but stakeholders are still worlds apart when it comes to agreeing on a way forward.  Opponents of the Bill are happy that the Bill will go back for re-tagging to the Joint Tagging Mechanism in Parliament, and that the fair use provisions will be re-opened for more public consultation.  Supporters of the Bill believe that the Bill has been tagged correctly and that fair use has been deliberated extensively over the past 4 years.  Further deliberations on fair use will most likely entrench the already fixed opinions on fair use.  There is a slim chance that those who oppose fair use will change their minds about it, or that those who support it will suddenly reject it.

Process of Tagging a Bill [1]

The process of classifying a Bill into one of the following four categories is called “tagging” and will determine the procedures the Bill must follow to become law.

Bills are tagged by the Joint Tagging Mechanism (JTM), a Committee consisting of the Speaker and the Deputy Speaker of the National Assembly and the Chairperson and Permanent Deputy Chairperson of the National Council of Provinces. They are advised by the Parliamentary Law Adviser. The JTM decides on the classification of the Bill by consensus.

The first two categories are relevant for this discussion.

1. Ordinary Bills that do not affect the provinces (Section 75 Bills)

An ordinary Bill that does not affect the provinces can only be introduced in the National Assembly (NA). Once it has been passed by the NA, it must be sent to the National Council of Provinces (NCOP).

In this case, delegates in the NCOP vote individually and the Bill must be passed by a majority of delegates present. If the NCOP rejects a Bill or proposes its own amendments, the Bill is returned to the NA which will pass the Bill with or without taking into account the NCOP amendments or it may decide not to proceed with the Bill. The NCOP’s role in Bills that do not affect the provinces is therefore a limited one. It can delay a Section 75 Bill, but it cannot prevent it from being passed.

A Bill that affects the provinces may be introduced in either the NA or the NCOP but must be considered in both Houses.

These Bills must also be discussed by each provincial legislature so that each legislature can give its NCOP delegation a voting mandate. This makes it necessary to have six-week legislative cycles so that a number of Bills can go to each province at one time.

Bills are usually considered by a provincial Committee, which may hold public hearings on the Bill to receive comments and suggestions. These Committees make recommendations to their legislatures, which then decide on their position on each Bill and mandate their NCOP delegation accordingly. Mandated special delegates to the NCOP (generally selected according to their expertise and knowledge of the Bills being debated) then go to Cape Town to join six permanent delegates. The full delegation of ten people participates in the national debate on the Bills, thus enabling the provinces to contribute to national legislation that affects them. The delegation then casts its one vote on behalf of its province and in accordance with the provincial legislature’s mandate.

The NCOP must pass, amend, or reject a section 76 Bill. If the Bill was introduced in the NA, however, the NA can override the NCOP decision with a two thirds majority of its Members.

The Copyright Act No. 98 of 1978 was initially tagged as a Section 75 Bill and enacted as such.  Every subsequent amendment of the Act, including the most recent amendment enacted in 2002, has also been tagged as a Section 75 Bill.  What is interesting is that there were no concerns raised by any stakeholders about the tagging of any of these amended Bills, nor were any complaints registered with the Portfolio Committee on Trade and Industry or the National Council of Provinces with regard to the tagging of the amendment Bills.  They all followed the process as Section 75 Bills and were enacted as such.

In her presentation to the Portfolio Committee on Trade and Industry on 5 May 2021 van der Merwe states that:

Adv Susannah Cowen SC, Adv. Jonathan Berger and Adv. Mehluli Nxumalo in their Opinion on the Bill submitted to the President on 13 October 2019 stated:

The first procedural objection considered is that the Bill was incorrectly tagged as a section 75 Bill, because it has a substantial impact on Schedule 4 matters of custom, culture, and trade and industry. Counsel do not agree with these objections. Parliament is vested with plenary legislative powers, and regulating the incidents, nature and extent of copyright protection, in their view, falls within the exclusive national legislative competence. Where the provisions of a Bill fall within the exclusive national legislative competence, section 76 is required to be followed only where the provisions of the Bill substantially affect the provinces.

Counsel conclude that the provisions do not substantially affect trade as contemplated by Schedule 4, or custom and culture. Where the Intellectual Property Laws Amendment Act had a substantial impact on customary law, it does not follow that the Bill does. Rather, on analysis, the provisions of the Bill have a minimal or indirect impact on indigenous works. There is, also, no demonstrable impact on provincial policy. nor is there a need for provincial implementation. The referral of the Bill to the National House of Traditional Leaders appears to counsel to have been a cautious but unnecessary course.

We conclude that re-tagging the Bill is not constitutionally required, and would indeed be constitutionally suspect. The Copyright Amendment Bill was passed by Parliament following the procedure set out in Section 75 of the Constitution. The Section 75 process is for “Ordinary Bills not affecting provinces.” It is the process used for other copyright and intellectual property amendments. The President states that he has reservations that the Section 76 process should have been followed because copyright amendments affect areas like trade and culture, which are subject to joint national and provincial authority. The President’s reservations are, in our opinion, unfounded. The applicable portion of Section 76 of the Constitution describes a process requiring a greater provincial role in legislation only if it “falls within a functional area listed in Schedule 4.” The regulation of copyright, and all intellectual property law, does not fall within a functional area listed in Schedule 4. At most, the impact on provincial competencies, such as culture and trade, are mere “knock on effects,” rather than the “direct regulation” required to trigger the Section 76 process.[2] Re-tagging and following Section 76 would be contrary to the Constitution and would render the CAB open to subsequent constitutional challenge.

Why is 2017 Copyright Amendment Bill Different?

Then what makes the 2017 Copyright Amendment Bill different?  Why would this Bill suddenly be tagged as a Section 76 Bill, when all its predecessors were tagged as Section 75 Bills? Does the Bill introduce new issues which make it fall within the requirements of a Section 76 Bill?

If the argument for tagging the Copyright Amendment Bill is that the 2013 Intellectual Property Amendment Act (IPLA) was changed to a Section 76, then it is a weak argument.  The IPLA has not been implemented for 7 years and no regulations have been drafted to date.  If addressing cultural matters were so important or urgent, then why has the IPLA been gathering dust for 7 years?  It may be because indigenous works do not fit comfortably within IP legislation and that the DSI’s Protection, Promotion, Development and Management of Indigenous Knowledge Act 6 of 2019, as a sui generis piece of legislation addresses indigenous works adequately and practically and may even supersede the IPLA. There is no valid reason then to retag the Copyright Amendment Bill 2017 as a Section 76 Bill.

Retagging the Copyright Amendment Bill for the sake of ‘’erring on the side of caution” without valid reasons will no doubt cause legislative problems now and in the future.  It also creates a dangerous precedent for every Bill that is placed before Parliament going forward. It could also reopen questions about the tagging of hundreds of other Bills that have already been enacted.  Perhaps this latter consideration should make the decision makers ‘’err on the side of caution” and retain the current Section 75 tagging for the Copyright Amendment Bill.

Is the support for the retagging of the Bill not just another delaying tactic by multi-billion-dollar conglomerates and their South African counterparts who oppose the Bill because they would prefer to benefit from the status quo as long as possible? Is this the mechanism that opponents of the Bill hope to use to re-open the whole Bill for redrafting? Is it their intention to take the Bill right back to the drawing board, despite the Bill having been under discussion since July 2015?  It has been widely deliberated and debated in Parliament, via written submissions and oral presentations, as well as in the media.  There will also be another round of public submissions in June/July and public hearings in early August 2021.  On one side, the President has been pressured to stall the reform process by the US Trade Representative’s Office and the European Commission, both of which have been lobbied by multi-billion-dollar entertainment industries.  On the other side, Blind SA has instituted action twice since 2020, one matter against the President in the Constitutional Court in June 2020, forcing him to act in terms of Section 79(1) of the Constitution, and the recent case in the High Court, Johannesburg, against Parliament, the President and relevant Government officials, to address the unconstitutionality of the current copyright law and to speed up the Bill to enable ratification of the 2013 Marrakesh Treaty.

Urgency of the Bill

The amendment of the current copyright law is long overdue.  The ongoing delays are negatively affecting access to reading material for people with disabilities and stalling ratification of the Marrakesh Treaty.  The provisions of the Bill are crucial for access to knowledge, especially in the pandemic period.  Researchers, students, lecturers, innovators, authors and creators all need these provisions to use, re-use, create and innovate, and provide digital learning materials not only for schoolchildren or university students, but also for lifelong learning and training purposes too.  The provisions for libraries and archives, museums and galleries will allow digitisation and preservation to ensure works (especially our documentary memory and cultural heritage) are preserved and made accessible to this generation and future generations.  Regulation of collecting societies would ensure transparency and accountability, and in the process, enable authors and creators to earn their fair share of royalties.  The Copyright Tribunal would enable matters to be resolved without having to resort to litigation through the courts.

The Bill is progressive and forward-looking, addresses the needs of users, creators, custodians, and producers of knowledge, and brings South African copyright law into the 21st century.  Parliament must expedite the process to avoid any further unnecessary delays.

Are you being Hijacked as an Academic Author?