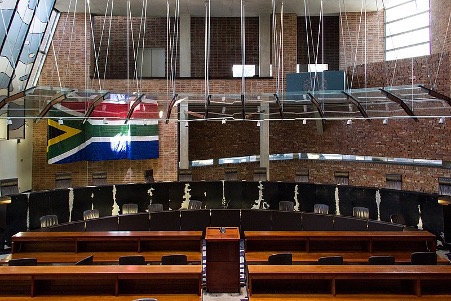 In mid-2015 a draft Copyright Amendment Bill was published by the Department of Trade and Industry for public comment.  It underwent several changes in the Portfolio Committee on Trade and Industry because of public submissions, public hearings, and inputs from two small legal working groups appointed by the Committee.  Four years later, the 2017 version of the Copyright Amendment Bill was approved on 28 March 2019 and sent to the President for assent.

The approved 2017 version was progressive, forward-looking, and strongly supported by international, regional and local organisations, institutions, many NGOs, creators, authors and others. Some even hailed it as a model for other countries, especially developing countries. The provisions in many sections of the Bill were adopted or adapted from WIPO studies, treaties and treaty proposals, the EIFL model copyright law, progressive copyright laws in many developed countries and various intellectual property and research documents.  They were aligned with the South African Constitution and would have been extremely helpful for access to information, educational and academic activities, people with disabilities, and libraries, archives, museums and galleries, not only in the pandemic, but also in the digital space generally.  They also gave more control to authors and creators over their works, and regulated collecting societies to ensure transparency, accountability and the payment of fair royalties to creatives.

Because the President failed to act on the Bill for a period of fifteen months, Blind SA, a not-for-profit organisation that serves the blind community at large, instituted legal proceedings in the Constitutional Court in mid-2020, compelling him to act in terms of Section 79(1) of the Constitution.   At the same time, the President was unduly pressured by the US Trade Representative and European Commission to return the Bill for review.  As a result, instead of assenting to the Bill, the President sent the Bill back for Parliamentary review on 16 June 2020.  In his letter to Parliament, he expressed concern about certain sections that he felt ‘may not meet constitutional muster’.  He seemingly ignored the opinions of the Parliamentary Senior Legal Advisor, Senior Counsels from the Johannesburg Bar, a group of intellectual property academics from various countries, and submissions from experts and stakeholders around the world, who all stated that these sections were in line with our Constitution and compliant with international intellectual property commitments.

As a result of the Bill’s referral back to Parliament, some retrogressive decisions were taken by the Portfolio Committee on Trade and Industry that have changed the course and progress of the Bill.

The apple cart has been toppled!

Although Section 19D was not referred to Parliament for review, people with disabilities continue to be prejudiced because of the ongoing delays in the Copyright Amendment Bill.  Impatient with waiting for decades for access to information in accessible formats, Blind SA turned to the courts once again. In 2021, assisted by Section 27, a public interest law centre, Blind SA challenged the constitutionality of certain provisions of the Copyright Act 98 of 1978 in the High Court of South Africa, Gauteng Division, Pretoria, arguing that the Act does not include provisions designed to ensure that persons with visual and print disabilities can access works under copyright. Blind SA argued that this violates an array of rights of persons who are blind or visually impaired. The matter was unopposed. Media Monitoring Africa (MMA), the International Committee of Jurists and Recreate SA were admitted as amici curiae in this matter. The matter was heard on 21 September 2021.

On 7 December 2021, Judge Mbongwe handed down judgment.  In his ruling, he confirmed that the current Copyright Act “ought to be declared unconstitutional to the extent that it fails to make provision for exceptions that enable access to copyrights works by persons with visual and print disabilities”.

Blind SA approached the Constitutional Court to have the above order confirmed and the matter will be heard on 12 May 2022. MMA was admitted as amicus curiae in the confirmation proceedings on 16 March 2022 and their written submission is available here.  Through this process, it is hoped that people with disabilities will soon be afforded their constitutional rights to freedom of expression and access to information.

Questions have been raised as to whether other sections of the Copyright Act may be found to be unconstitutional as well.

In May 2021, the Portfolio Committee on Trade and Industry unanimously approved a recommendation that the National Assembly should rescind its decision of December 2018 to pass the Copyright Amendment Bill and the Performer’s Protection Amendment Bill. It agreed that the Section 75 Bill (national) should be retagged as a Section 76 Bill (provincial). This meant that the Bill would now have to proceed to the National Council of Provinces and the Provincial Legislatures once approved by the National Assembly.  Decisions were also made on retrospective royalties for creators and limiting ministerial powers in some instances. The Committee also agreed to a further call to the public for submissions on the fair use provisions in the Bill.

In 2021 two notices for public submissions from stakeholders were published.  The first call was in July, leading to written submissions and online public hearings on 11 and 12 August. The second call was in December, with proposed amendments that now have serious implications for access to information for all users and producers of copyright works. Certain deletions were also proposed, some of which now alter the meaning of certain sections. The public was not afforded the opportunity to comment on them.  Despite the public notice reminding stakeholders not to comment beyond the sections under review, this clearly was not adhered to.  The new proposed amendments themselves address issues outside the remit of the President to Parliament in June 2020.

These are some of the implications of the retrogressive proposed amendments: –

Constitutionality of the new proposed version of the Bill is now in question!

From a progressive, fair and balanced 2017 version, aligned with the Constitution, the new proposed amendments in late 2021 have now negatively transformed the Bill, making it overly restrictive and/or prohibitive, even unconstitutional in some sections, and leaving thousands of stakeholders perplexed and dissatisfied.

Dr Peter Lor, the first National Librarian and Chief Executive Officer of the National Library of South Africa (2000-2003) and former General Secretary of the International Federation of Library Associations and Institutions (IFLA) (2005 – 2008) opines:

From my non-expert perspective this is just one skirmish in an ongoing battle being waged by powerful lobbies in the West to keep as much control as possible of their “intellectual property”, even if this means cutting off scholars and students in the South from intellectual resources that are badly needed for their education, research, and national development. During the last two years this has been playing out in fairly high profile as the Covid 19 has highlighted the glaring inequities in respect of medical information and patents needed to combat the Covid-19 pandemic (Nicholson 2021; Oliphant 2021; Rossi Silva et al. 2022).

The Bill now risks failing in a key policy objective “to ensure access to information for research, education, libraries and archives and developmental goals”.  Without the progressive copyright limitations and exceptions in the approved 2017 version, alignment of the copyright law with the Constitution and the entire reform process could be jeopardised.

Parliament is under constitutional imperative to replace the current apartheid-era Copyright Act with a statute that is modern, balanced, inclusive, and gives proper effect to the rights entrenched in our Constitution.

Nothing less than a fair and balanced copyright law will be acceptable!

What do you do if you have inadvertently published in a questionable or predatory journal?

You received a flattering invitation from a publisher to publish your work. …